Nothing is more important to prim, colorblind Dolors Posa than family and living down the shame of her illegitimate birth, but when the sudden onset of fantastical visions threaten her sterling reputation, she must search for answers before the inhabitants of the tiny village of Cadaqués brand her as demente— crazy like her mother. In a quest to stop her hallucinations, she befriends a beautiful, intoxicating fortune teller and her handsome anarchist brother, as well as becoming a reluctant muse for thirteen-year-old Salvador Dali. In a summer that changes everything, Dolors must choose between her family’s reputation and a life filled with adventure, friendship, rapturous color and the possibility of love.

Set against the political upheaval of 1917 Spain, Dali Summer captures the fierce spirit of Catalonia, the generosity and stubbornness of its people and the blossoming promise of a woman who thought life was bland and empty and had long ago had passed her by. 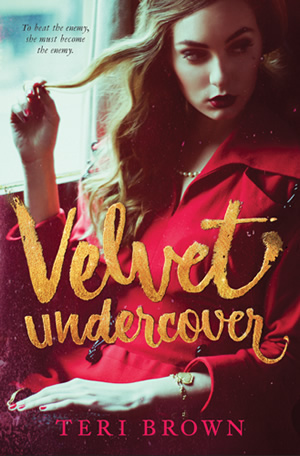 Perfect for fans of Jennifer Donnelly and Libba Bray comes this page-turning historical spy thriller from Teri Brown, author of the Born of Illusion series.

Samantha Donaldson’s family has always done its duty for the British Crown. In the midst of World War I, seventeen-year-old Sam follows in their footsteps, serving her country from the homefront as a messenger for the intelligence organization MI5. After her father disappears on a diplomatic mission, she continues their studies of languages, mathematics, and complex puzzles, hoping to make him proud.

When Sam is asked to join the famed women’s spy group La Dame Blanche, she’s torn—while this could be an unbelievable adventure, how can she abandon her mother, who has already lost a husband? But when her handlers reveal shocking news, Sam realizes she can’t refuse the exciting and dangerous opportunity.

Her acceptance leads her straight into the heart of enemy territory on a mission to extract the most valuable British spy embedded in Germany, known only as Velvet. Deep undercover in the court of Kaiser Wilhelm II, Sam must navigate the labyrinthine palace and its many glamorous—and secretive—residents to complete her assignment. To make matters worse she must fight a forbidden attraction to the enemy—a dangerously handsome German guard. In a place where personal politics are treacherously entangled in wartime policy, can Sam find Velvet before it’s too late . . . for them both? A thrilling story of one girl’s journey into a deadly world of spy craft and betrayal—with unforgettable consequences. 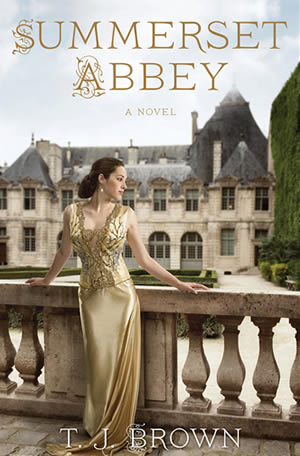 Reminiscent of Downton Abbey, this first novel in a new series follows two sisters and their maid as they are suddenly separated by the rigid class divisions within a sprawling aristocratic estate and thrust into an uncertain world on the brink of WWI…

Rowena and Victoria, daughters to the second son of the Earl of Summerset, have always treated their governess’s daughter, Prudence, like a sister. But when their father dies and they move in with their uncle’s family in a much more traditional household, Prudence is relegated to the maids’ quarters, much to the girls’ shock and dismay. The impending war offers each girl hope for a more modern future, but the ever-present specter of class expectations makes it difficult for Prudence to maintain a foot in both worlds.

Vividly evoking both time and place and filled with authentic dialogue and richly detailed atmosphere, Summerset Abbey is a charming and timeless historical debut. 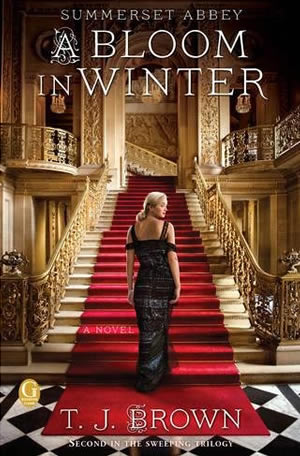 Summerset Abbey: A Bloom in Winter

After Prudence’s desperate marriage and move to London, sisters Rowena and Victoria fear they have lost their beloved friend forever. Guilt-ridden and remorseful, Rowena seeks comfort from a daring flyboy and embraces the most dangerous activity the world has ever seen, and Victoria defies her family and her illness to make her own dream occupation as a botanist come true. As England and the world step closer to conflict, the two young women flout their family, their upbringing, and their heritage to seize a modern future of their own making. 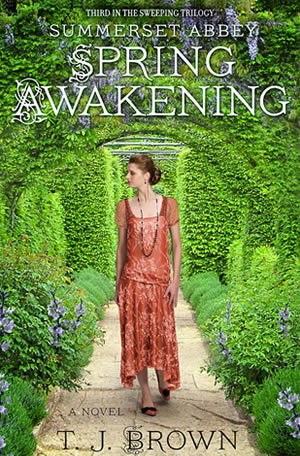 The laughter of summer lawn parties fades for the men and women of Summerset Abbey, as the rumble of cannon-fire sweeps across Europe. In a changing world, they soon find that only one thing is certain: none of them will ever be the same. ROWENA BUXTON The female pilot’s upcoming wedding to Sebastian Billingsly is the talk of society. Rowena loves her kind, handsome fiancé, but memories of a dangerously passionate affair with a dashing flier still stir her heart. . . . Accepting a daring mission transporting British planes, she encounters the man whose touch sent her reeling — and whose return into her life may have disastrous consequences for her and Sebastian’s future. VICTORIA BUXTON The defiant suffragette raises eyebrows once again by living on her own in London as a lady bachelor. Kit Kittredge is the one man who understands and adores Victoria’s fiery spirit — but she rebuffs her best friend’s offer of marriage time and again, choosing to join the war effort as a volunteer nurse. And on the battlefields of France, she will learn the true meaning of love and sacrifice. PRUDENCE TATE After a stinging betrayal at Summerset Abbey, Prudence has found love and contentment in working-class Camden Town as Mrs. Andrew Wilkes. But when Andrew enlists, everything that Pru cherishes is at risk — and she crosses a line attempting to protect him. Has she irreparably damaged their loving bond of trust? 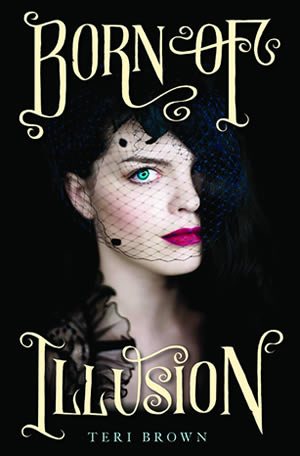 Anna Van Housen has a secret. A gifted illusionist, Anna assists her mother, the renowned medium Marguerite Van Housen, in her stage show and séances, easily navigating the underground world of magicians, mediums, and mentalists in 1920’s New York. As the illegitimate daughter of Harry Houdini—or so Marguerite claims—sleight of hand illusions have never been a challenge for Anna. The real trick is keeping her own gifts secret from her opportunistic mother. Because while Marguerite’s own powers may be a sham, Anna possesses a true ability to sense people’s feelings and foretell the future.

But as Anna’s powers intensify, she begins to experience frightening visions of her mother in peril, which leads her to explore the powers she’s tried so long to hide. And when a mysterious young man named Cole moves into the flat downstairs, introducing Anna to a secret society that studies people with gifts like hers, she is forced to confront her past and rethink everything she’s ever known. Is her mother truly in danger, or are Anna’s visions merely illusion? And could the great Houdini really be her father, or is it just another of Marguerite’s tricks?

From Teri Brown comes a world bursting with magic, with romance, and the temptations of Jazz Age New York—and the story of a girl about to become the mistress of her own destiny. 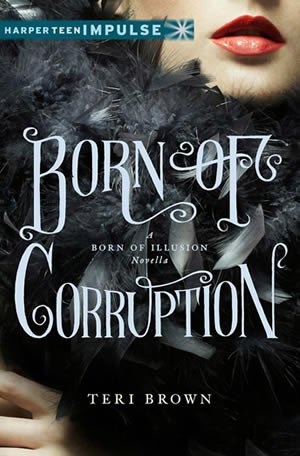 Returning to the atmospheric and mysterious Jazz Age world of Born of Illusion, Teri Brown’s Born of Corruptionis a 64-page companion digital novella about what happens when New York City’s most notorious socialites, mobsters, and bootleggers get together for a larger-than-life scavenger hunt . . . and someone gets killed.

Cynthia Gaylord, a vivacious blonde flapper and the niece of one of the most infamous mob bosses in New York City, loves scavenger hunts, and the one she’s putting together for her best friend Anna’s going-away party is going to be the swankiest one ever. But then, Anna Van Housen is no ordinary friend. She is reputed to be Harry Houdini’s illegitimate daughter and a magician of the first order—and she possesses psychic powers.

Before Anna leaves for a European tour with her vaudeville company, Cynthia throws open the doors of her Gramercy Park mansion for a giant bash, but when one of the guests turns up dead, Cynthia and Anna must join forces to discover the truth. Who is the mysterious dead man? And which of Cynthia’s guests could have killed him? Cynthia’s relatives in the mob? Or someone related to the Society for Psychical Research, a shadowy group with a dangerous history? Cynthia and Anna have to find out who done it before the coppers are called in . . . something both Cynthia and Anna are eager to avoid.

HarperTeen Impulse is a digital imprint focused on young adult short stories and novellas, with new releases the first Tuesday of each month. 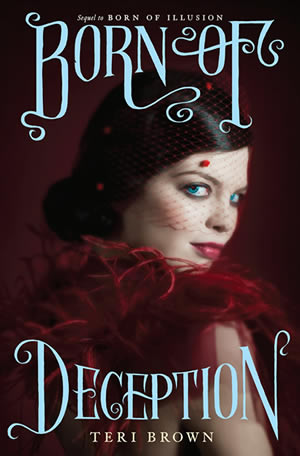 Budding illusionist Anna Van Housen is on top of the world: after scoring a spot on a prestigious European vaudeville tour, she has moved to London to chase her dream and to join an underground society for people like her with psychic abilities. Along with her handsome beau, Cole Archer, Anna is prepared to take the city by storm.

But when Anna arrives in London, she finds the group in turmoil. Sensitives are disappearing and, without a suspect, the group’s members are turning on one another. Could the kidnapper be someone within the society itself—or has the nefarious Dr. Boyle followed them to London?

As Cole and Anna begin to unravel the case and secrets about the society are revealed, they find themselves at odds, their plans for romance in London having vanished. Her life in danger and her relationship fizzling, can Anna find a way to track down the killer before he makes her his next victim—or will she have to pay the ultimate price for her powers?

Popularity is as easy as a good secret.

Serena just wants to fly under the radar at her new school. But Serena is deaf, and she can read lips really well-even across the busy cafeteria. So when the popular girls discover her talent, there’s no turning back.
From skater chick to cookie-cutter prep, Serena’s identity has done a 180…almost. She still wants to date Miller, the school rebel, and she’s not ready to trade her hoodies for pink tees just yet. But she is rising through the ranks in the school’s most exclusive clique.

With each new secret she uncovers, Serena feels pressure to find out more. Reading lips has always been her greatest talent, but now Serena just feels like a gigantic snoop…