Why do people make bucket lists? Is it to commemorate the passage of time and a longing to make our final dreams come true or are we giving the finger to father time. When I turned forty, I jumped out of a plane. That was definitely me flipping off the decades. At fifty, I’m mellower. It is less about flipping off anyone and more about me finishing the work I was meant to do and enjoying my final third. 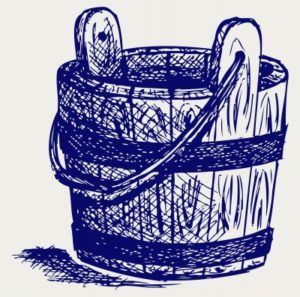 One of the things I would really love–something that is on every writer’s bucket list–is to score a spot on the New York Times best seller list. Now that would be something, huh? But honestly, that’s something I can’t make happen no matter how diligently I write or how hard I study craft. And I feel as if bucket list item should be things you can achieve on your own power, don’t you? The NYT best seller list isn’t something I have control over so phht. Off the list.

The rest of the items on my list are things that I can make happen. I’m a huge believer in making your mind and body work equally hard to stave off the rotting part of old age. I want to age gracefully, not decay. So I made a conscious effort to include things that were both physical, mental and of course, things that feed my soul.

I want to learn to speak another language.

I don’t want to die being fluent in only English and Pig Latin. I truly believe that the world is small and growing smaller and I feel so damn provincial  knowing only English. I’m not exactly sure which language I’d like to learn, but I’ll learn one of them. I may not be fluent in it, but I’d like a working knowledge.

For practicality’s sake, Spanish would win hands down. I live on the west coast and knowing Spanish would be very handy. But I am seriously drawn to Italian or French. I think it must be my love of European history. Of course, I love Spanish history, as well, so we’ll see.

As learning a language takes some time, I think it’s something I should start on fairly soon, don’t you?