When I received the offer for my new job, I was overjoyed at the opportunity. I suddenly had a full time job doing something that would make a concrete difference in both the lives of the students I would be working with and the world at large. I would be taking the six or seven things I do (all that I love, by the way) and turning them into three: Writing, work and school. And I’m going to be honest, I was thrilled that I would have my own office. Like a grown up.

Then I saw my office. 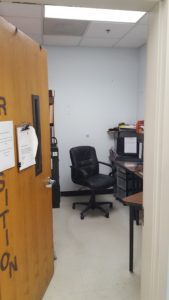 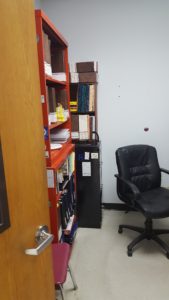 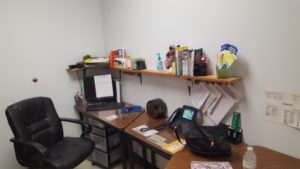 No. Just no. The woman whose place I was taking had been there for over thirteen years and it showed. When I asked, (No doubt in a hushed horrified voice if I could paint she said no. Also that she knew that some people nested in their offices, but she wasn’t that way.

I let it drop, but the moment my training was over, I called and asked to paint. Since the offices were slated to be torn down in a couple years, they said it was fine as long as the colors were neutral. That’s what they said. What I heard was ” Go ahead and remodel how ever you like!” So I did.

I began by moving stuff out. I was a herculean task. What I had left was depressing. 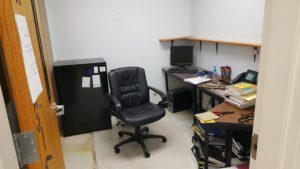 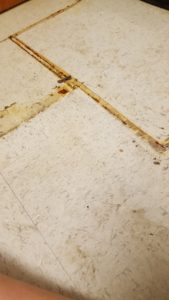 But I have a secret weapon. Actually two. One, I am real stubborn and two, I’m married to this guy. 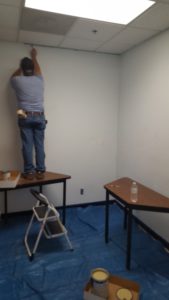 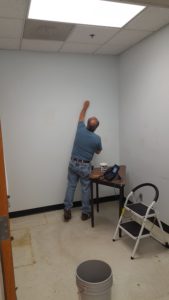 So in four very intense days that included three outside commitments, we transformed my office from a death trap into something that I will be happy to work in every day. 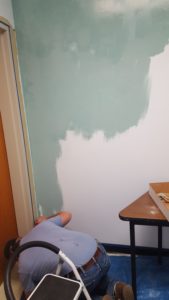 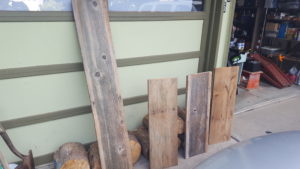 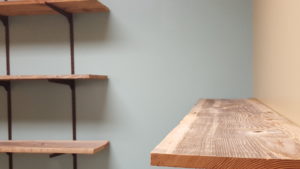 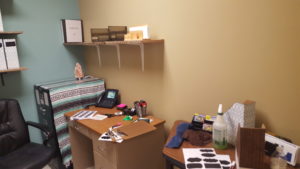 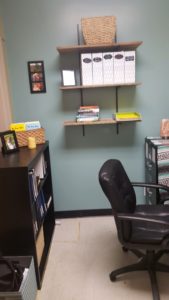 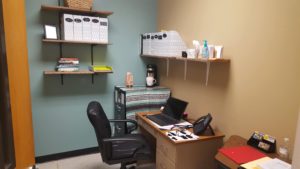 I need a few more things for the walls and I can’t get all the nasty off the floor,  but I love it it beyond reason. What do you think?